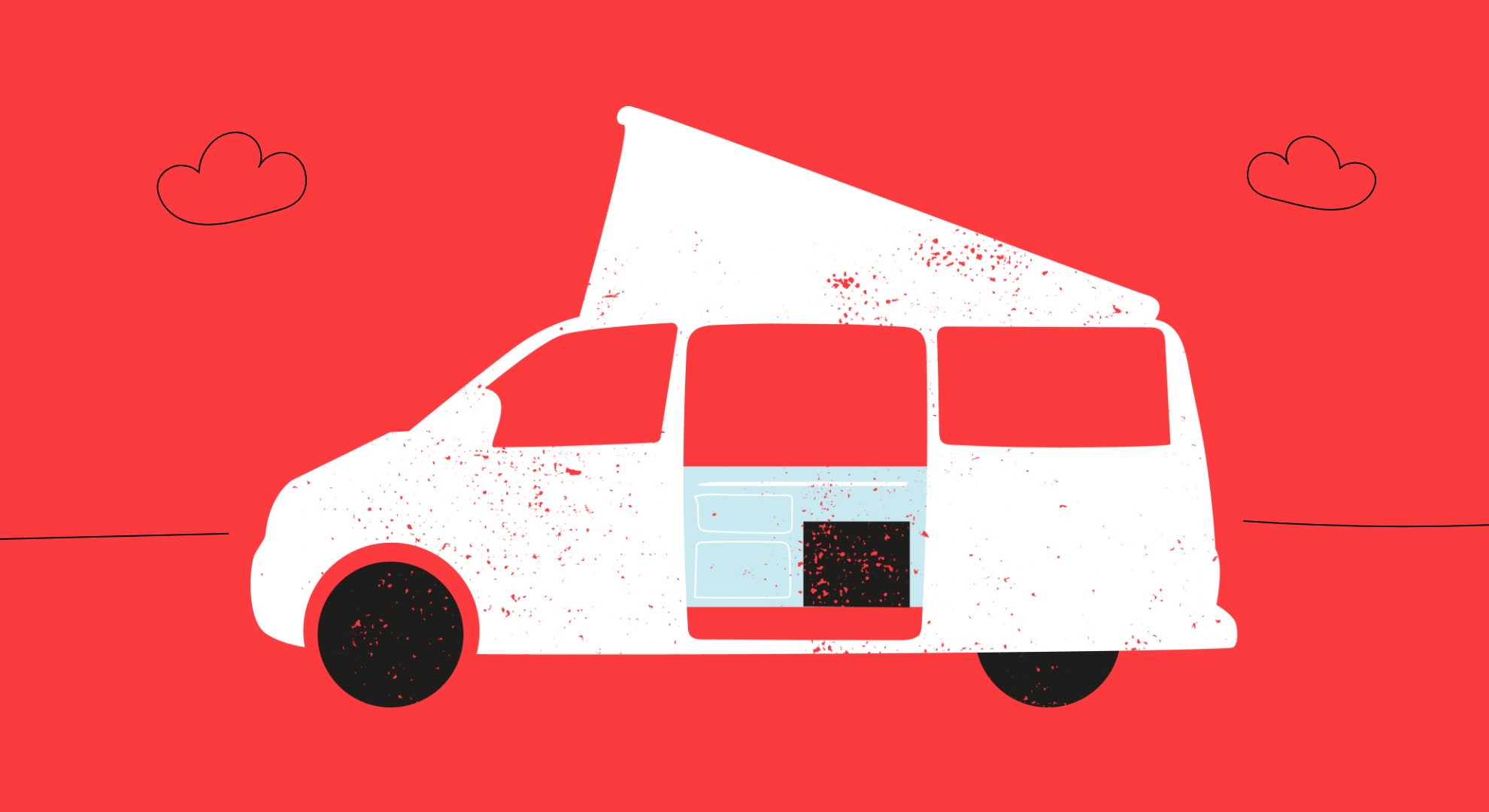 The best and most inspiring VW camper conversions

The experts at Sterling Insurance give us their top five favourite VW camper conversions.

Summer is upon us and many are realising that holidaying in the UK isn’t so bad after all. With many hotels booked into 2022, you might be considering converting your Volkswagen van into a campervan so you can have a staycation on your own terms. If so, take a look at all these gorgeous converted VW vans for inspiration.

If you’ve been looking into converting your van to a camper for several months, you’ve probably come across this video. In this example, one person single-handedly converts his van into a camper. Yes, that means he completed all the metalwork, electrical work, carpenting, insulation work, and so much more.

The end result is a gorgeous and surprisingly roomy space complete with TV, sink, stovetop, plenty of storage, and ceiling lights. The bench also appears to fold down into a bed, which you can see in the final shots.

VW T5 converters Francesco and Vanessa wanted to build a campervan for their surf adventures. It needed to have enough room for three, which is no easy ask for a van-converted camper. Thankfully, Vanessa is an architect by trade, which probably helped them come up with the perfect design. For the techy parts, the couple mainly followed Nate Murphy’s complete van conversion guide, which Francesco said was “quite easy and straightforward to understand.”

The van, Hiro, has a minimal and clean design with a lot of storage options. One of the biggest pluses of the build is the pop-up roof, which reveals a cosy and spacious bed. This not only offers a second space to relax in, but it also means that when the roof is up, the family has more space to stand up and move around in. The solar panel on the roof is also a great addition.

The build really maximises the space of a VW T5; a portable burner is included in a drawer that slides out so the burner itself is outside the vehicle when cooking. This is not only ingenious, but it seems a lot safer than the more typical built-in options too.

The downstairs sofa can also be transformed into a bed, which we’re sure will be particularly great when their child is a bit older and wants some independence. The converted Volkswagen T5 includes a number of cubby holes that house additions like a diesel heating system for the winter and cold box for food. Overall, a stunning build.

Of course, converting your own Volkswagen van is time-consuming and has a steep learning curve, particularly if this will be your first build. There are plenty of companies that offer van-to-camper conversions, many of which will work with you to offer a bespoke service that suits your needs.

In this video, a Volkswagen T6 gets a facelift from a pro. The camper it becomes looks spacious, with a pop-up roof, a table that slides out, and a bed that can be folded away when not in use. The camper is missing the personal touches, but we’re sure these will be added once the owners get their hands on it!

Here’s another stunning VW T6 transformation, except this one was modified entirely by one person – Josh from Detail Corps Media.

Josh had one reason for converting the van: he wanted to drink a cup of coffee just how he liked it in a nice, tranquil space. And goodness, did he do just that. Like any camper, space is limited, but you can see a coffee machine in pride of place on the countertop, surrounded by the coffee-colour panelling. If anything, the whole campervan feels like an ode to coffee.

And he really did do a stellar job on converting the Volkswagen T6. As a qualified electrician, the conversion was probably easier for him than most, and it seems this allowed Josh to focus on the little details. The VW T6 is quite possibly the best on this list when it comes to taking advantage of dead space and filling it with electrical features that would take up room elsewhere.

Like the T5 converted Hiro, Josh also added a couple of large solar panels on the pop-out roof, which, when charged, apparently give enough power to make 45 cups of coffee. In fact, the owner has never had to plug the van into a wall socket, which just goes to show how powerful solar charging can be.

Full-time Australian vanlifers Kendall and Glenn made the bold decision to redo their van build in the middle of their trip – and we think it really paid off. The result is a stunning, modern converted VW T3 Westfalia that makes great use of the space available.

The fact of the matter is that living in a campervan for 10 months will make any space inefficiencies stand out, and this is what happened when they lived in Vance for a few months.

Post-transformation, the build is full of ingenious features, such as canvas bags screwed into the underside of the bed to hold the couple’s pots and pans. They also screwed two elastic straps parallel to one another on the roof of the VW T3 to hold their wide-brimmed hats, which is a very creative solution to what are usually fairly bulky items (unless you don’t mind your hats losing their shape!).

The kitchenette is also a great feature. Like Hiro, Vance’s cooking space is more or less a drawer that slides out to the great outdoors. The bottom fits pantry items, while the top holds the stovetop to cook on.

Campervan insurance for your next trip

Whether you decide to rent a campervan, build your own or commission a camper from transporter specialists, we have campervan insurance for your next trip. We offer both short and long term cover, with annual policies starting from just £165.

Our insurance also comes with personal possession cover up to a value of £2,000, EU cover for up to 90 days (though this can be extended if necessary), and more. As a specialist insurance broker, we can also cover self-built campervans where others cannot, whether you’ve converted a VW or another branded van. Call us for a quote on 0344 381 9990.

8 Driving laws you may be breaking without knowing

Which staycation tribe do you belong to?