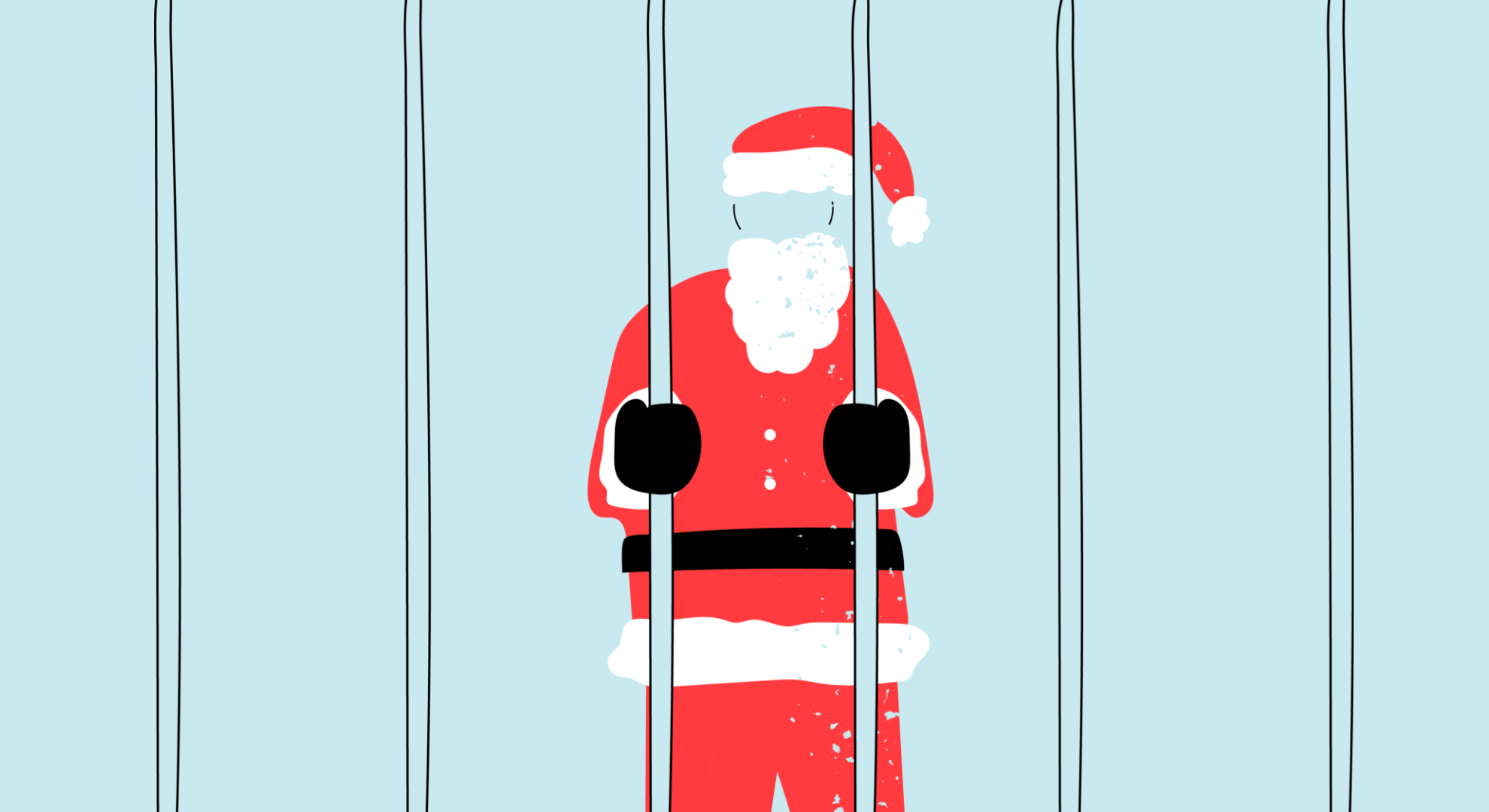 What laws does Father Christmas break on Christmas Eve?

He may be jolly old Saint Nick, but it turns out he’s not as innocent as you may think he is.

That’s right, it seems as though Saint Nick wouldn’t make the nice list if he were judging himself. In fact he breaks more laws in one night than the average person does in their lifetime.

That’s why the insurance specialists at Sterling have taken a deep dive into Father Christmas’ rap sheet.

Providing Father Christmas drinks every drop of brandy or whisky that’s left out for him, he would be well over the drink driving limit to drive his sleigh before he’s even reached a handful of houses, let alone the whole world.

Therefore he could face imprisonment, be banned from driving or be billed with a hefty fine if he’s found guilty of drink driving. It may be best if you just leave a cold glass of milk next to the carrot this year.

We all know Father Christmas has a pretty fast engine on that sleigh of his. After all, he has reindeer power instead of horsepower. However, even he isn’t immune to speeding laws, despite his good deed of delivering your presents on Christmas Eve.

While speed limits vary around the world, there’s no way his estimated speed of approximately 650 miles per second is permitted in any country. Meaning he’d definitely be in line for a speeding ticket and might even accrue 12 points on his driving licence. Well, providing speed cameras pick up vehicles going that fast!

Mr Claus may be delivering the presents you asked for, but that doesn’t excuse him sneaking into your home during the night. This one could be argued in court, in that parents may leave the door open for Saint Nick to drop in, but we’re pretty sure he’d have a tougher time defending his chimney escapades.

Father Christmas commits this crime on multiple fronts. Including driving under the influence of alcohol, speeding and driving aggressively as he battles all types of weather to make sure we all have a present to unwrap on Christmas day.

A DD30 conviction can have a huge financial bearing with fines and mandatory driving courses to attend. Being issued with a DD30 will have an impact on your insurance premiums and will make it hard to get insured in the future at a price you can afford. The offence will remain on the DVLA licence for a period of 11 years.

According to the Animal Welfare Act 2006, you can commit an offence if you don’t ensure the needs of an animal for which you are responsible to the extent required by good practice.

Should Father Christmas be disregarding animal welfare laws, for example, forcing his reindeers to work in freezing conditions, without recommended rest stops and food, then he could be breaking the law. The most serious crimes can lead to a fine of £20,000 and as much as 51 weeks of imprisonment. Those convicted can also be prohibited from owning or dealing with animals.

It’s bad enough when your neighbour is blaring out their questionable music taste until late at night. But Father Christmas is also guilty of this charge by disturbing the peace with his jingle bells and reindeer chiming when they reach your street. It usually happens when your kids have just fallen asleep after the uncontrollable excitement of Santa coming to town.

That’s right, should your roof need a repair thanks to a Father Christmas sleigh sized hole in it, you can be sure Saint Nick has damaged your property.

Insurance you can trust

Unlike Father Christmas the majority of drivers fail to break these laws each year, meaning they’re able to get a great price on their car insurance through Sterling. Our very best prices are available over the phone, so call our UK Call Centre today on 0344 381 9990.

6 tips for planning a campervan holiday on a tight budget