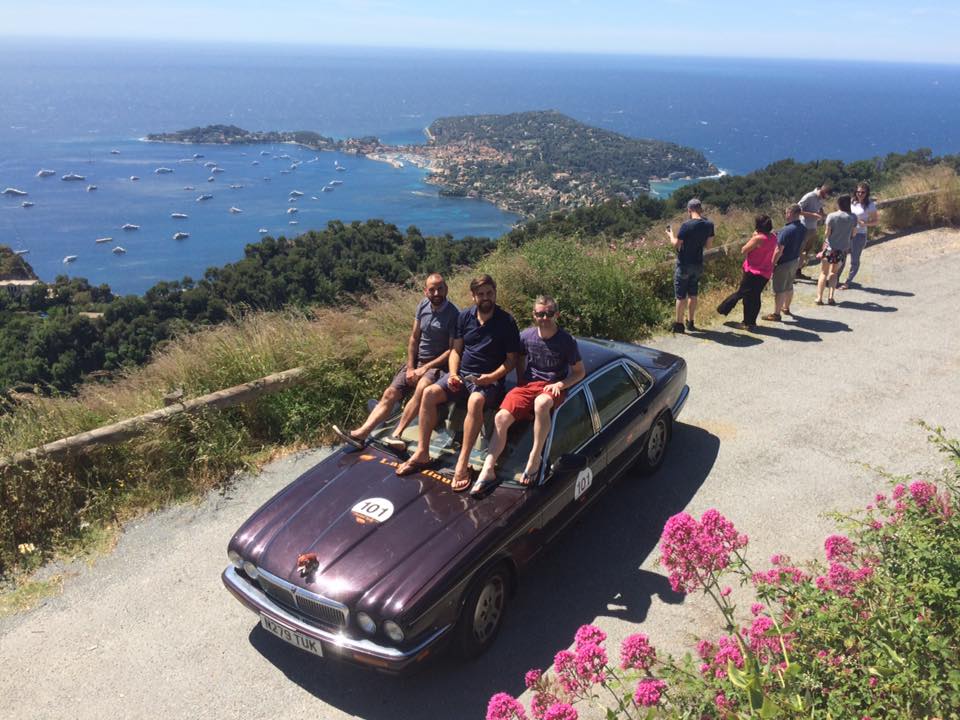 It’s only when you slip off the motorway that the open road really begins to reveal what a country has to offer when you are taking part in a European banger rally.

Banger rallies are mapped out to avoid motorways wherever possible, instead they will take you to quiet rural routes that offer an insight and a fast lane into a country’s very soul.

You will enjoy the sights, sounds, smells, personality and panoramic views as you drive along some of the continent’s most iconic highways.

Here are the routes that make up HIC’s top ten European road trips.

One of Europe’s most astonishing modern structures – the eighth wonder of the world. It is a cable-stayed bridge spanning more than one and a half miles (2,460m) across the River Tarn gorge near Millau in southern France. It is the tallest bridge in the world, with one mast’s summit at 343.0 metres (1,125.3 ft) above the base of the structure. It is an astonishing drive with the road deck carrying you almost 900 feet in the air along the A75-A71 autoroute from Paris to Béziers and Montpellier (toll charge of €5.60 for cars, rising to €7.40 during July and August). The crossing is breathtaking and it has chopped hours from the journey south to the sun (and back home again). The only way to enjoy the view is from your car as it is inaccessible to pedestrians but stop at the motorway services just north of the bridge (Aire du Viaduc) for the best picture opportunity.

It meanders for 595km (369 miles) north from Frankfurt through the states of Hesse and Lower Saxony, from Hanau, – where the Brothers Grimm were born and created the likes of Goldilocks, the Pied Piper, Little Red Riding Hood and Hansel & Gretel – to Bremen. Along the way are half-timbered houses,  cobbled lanes, castle towers on the horizon, and green river valleys. Among the destinations to look out for are Alsfeld and the House of Little Red Riding Hood; Bad Wildungen and the Snow White Museum; Sababurg Castle in Reinhardswald Park which is referred to as the Sleeping Beauty Castle; and Hamelin, of Pied Piper fame.

The most famous pass in the European Alps, the Great St Bernard Pass on the E27 offers incredible views from an elevation of 2,469 meters. The pass was first used by the Romans during the Empire’s peak and later by Bonaparte and his army. Today it serves as a tourist route for motorists who want to enjoy the impressive, precipitous and occasionally perilous, sights. It is home to the Great St Bernard Hospice first recorded in 812. During the 17th century monks running it began breeding and training dogs, which were gifts from travelers, and the St Bernard breed was established.

Renowned for BBC Top Gear’s “greatest driving road in the world”, it takes you from Bormeo to Stelvio through the Italian Alps. At 2,757 m (9,045 ft) above sea level, it is a most dramatic and challenging road to drive. There are 60 hairpin bends which form the pass up and down the mountain. Originally built in 1820-25 by the Austrian Empire, little has changed along the route. The road is amazing, but the pleasure of the Stelvio is not just in the driving; the view is incredible – breathtaking. But beware, many motorists have come to grief on this road, including British motor racing champ turned chump, Stirling Moss who ran off the road during a vintage car event here in the 1990s.

The Adriatic Highway – the D8 state road – runs for 640 kilometres along the eastern coast of the Adriatic and boasts beautiful views of bright blue sea, sheer drops and serpentine twists and turns. Known to Croatians as Jadranska magistrala, this is no drive for the faint hearted. The Adriatic Highway has to be seen to be believed. It swoops down close to the shoreline before climbing high over cliff tops, often with nothing but fresh air and a sheer drop to the water below. It is a popular alternative to the tolled highways, so it carries fairly constant traffic during most of the year but it is particularly heavy in the summer.

From Carballo (La Coruña) to the Cape Finisterre Lighthouse, the Costa de la Muerte – Coast of Death – is one of the most beautiful roads you can drive in northern Spain. It is so named because of the the danger posed by its steep and rocky cliffs to those on land and at sea. Many fishermen have lost their lives out at sea and many boats have come to grief on the rocks. That resulted in the route being lined with dozens of lighthouses built in the 19th century to guide boats safely back to the port. Many have been preserved and are popular with tourists, particularly those at Cabo Vilán or Finisterre.

The N-222 road from Peso de Regua to Pinhao in Portugal cuts through the Douro Valley and the wine region below. The Douro has been described as a majestic wilderness and the road takes drivers along the River Douro and the picturesque regional wine towns of the UNESCO World Heritage Site. Expect to see terraced vineyards by the acre, flanked by century-old olive trees. It’s a great opportunity to invest in some decent port at source and even sample a glass or two – strictly passengers only!  Stretching for 27km, the road includes a heart-stopping 93 bends and jaw dropping scenery.

Sports car and motorcycle enthusiasts make a bee-line for the Grossglockner Hochalpenstrasse – the 30-mile High Alpine Toll Road which passes through the Hohe Tauern National Park. It is the highest surfaced mountain pass in Austria connecting Bruck in the state of Salzburg with Heiligenblut in Carinthia. The road is named after the Grossglockner, Austria’s highest mountain. With stunning views across a range of three dozen mountains, the road climbs to 2,504 metres while negotiating a series of challenging and tyre testing hairpin bends. The road soars through an ever-changing landscape of flowering or pine-clad hills, dramatic, barren, rocky cliff faces, verdant meadows, lakes and glaciers.

In a country famed for breathtaking fjords, mountains and seascapes, this is known as the “Golden Route”. The 100 kilometre stretch offers hairpin bends galore, glaciated valleys and emerald green fjords running north to south. The Golden Route starts in Alesund, the principal town of the Sunnmøre district, in Norway’s southwest. As you drive 11km south to the top of the Trollstigen, which is Norse for Troll Ladder, you will climb 852m from sea level to glacial plateau. After 11 hairpin bends, the Trollstigen Visitor Centre offers the chance to peer over the edge of the thundering Stigfossen waterfall. From there the views just get better and better.

And finally, back to Blighty… Snake Pass, Derbyshire

Snake Pass is a hill pass comprising 14 miles of twists and turns, dips and inclines, in the Peak District national park. It crosses the Pennines between Glossop and the Ladybower Reservoir at Ashopton and is popular with motorists, bikers and cyclists. The road (A57) was engineered by Thomas Telford and opened in 1821. Snake Pass is not so named because its myriad meanderings are reminiscent of a serpent, but because a snake was on the family crest of  William Cavendish, the 6th Duke of Devonshire, whose estate owned much of the land thereabouts. OK, Snake Pass doesn’t have the magnificence of Millau, the spectacle of St Bernard, or the stunning seascape of the Adriatic Highway, but for pure driving pleasure, it scores ten out of ten, and then some!

Which are your favourite European routes to drive along? Let us know where you like to drive and why you like driving there.

HIC can cover any car of any value, from seven days to three months. What’s more we can offer cover more or less anywhere the banger rally takes you in Europe and beyond. HIC banger rally insurance is streets ahead in terms of cover and affordability and couldn’t be simpler to organise.

Get a Quote Today More Information