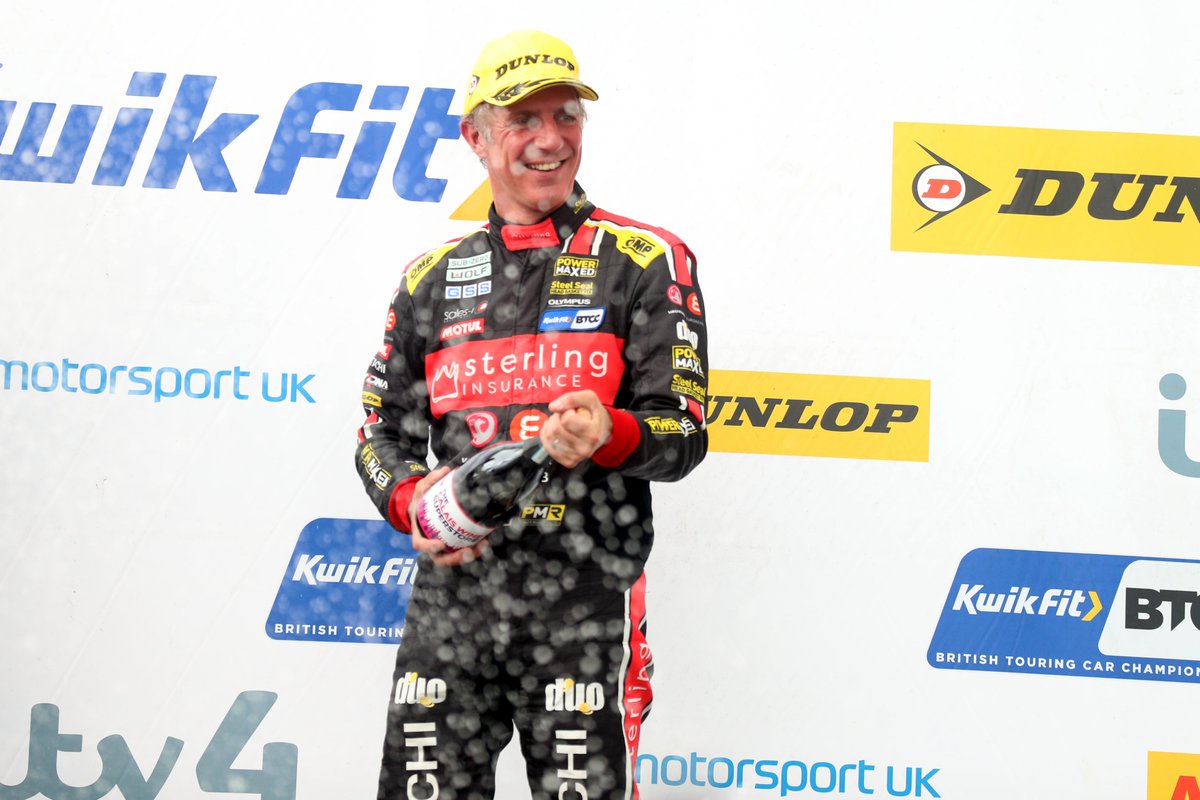 The 2019 British Touring Car Championship was Sterling Insurance’s first involvement in the UK’s biggest motorsport series, as we teamed up with Power Maxed Racing.

While there were some hard times and obstacles throughout the campaign, we thoroughly enjoyed the experience and could not be prouder of the team’s staff and two drivers, Jason Plato and Rob Collard.

Now it’s time for a well earned rest and a recap on the 2019 BTCC season:

The first race meeting of the season got off to a flying start with Plato finishing second in qualifying. Unfortunately the races didn’t go as planned with the Vauxhall Astra giving away the position towards the front of the grid in the first race, due to a controversial jump start, which we felt was harshly penalised.

Despite the bad start, both Astras looked in great shape and showed it would be able to keep up with the BMW’s for the rest of the campaign.

Donnington Park saw the team pick up our first podium finish of the campaign with Collard finishing second in the final race of the weekend in the basking sunshine.

The podium finish meant more to Collard than just points however as an impassioned Rob told reporters after the race: “Very, very pleased to get my first podium for Sterling Insurance with Power Maxed Racing and Vauxhall. A lot of people wrote me off over the winter, and I’m pleased to prove to the team and everybody that I’m still here!”

The Hampshire circuit is one of the most unique tracks in the BTCC calendar and always throws up challenges for both drivers and engineers alike. Race one saw Plato and Collard make good getaways as the field powered into the flat-out Allard right hander. Jason secured 6th spot at the back of the lead train, whilst Rob fought side by side with Matt Neal for half a lap, finally having to cede into 10th.

In race two Plato carried 24kg of ballast and Rob carrying 12kg. A slow warm up lap by the pole sitting BMW compromised the front wheel drive cars’ tyre temperatures slightly but this didn’t seem to be too much of a problem for Jason as he secured 4th place. The third race saw Jason come 8th and Rob 14th.

Plato picked up his first podium finish of the season in June in the final race of the weekend, after slowly moving up the grid having started in 10th after qualifying. The legendary BTCC driver finished 8th, 6th and finally 3rd.

The team had also made some adjustments to the Astras before Croft and also fixed the wet set-up.

Oulton Park was arguably the most frustrating weekend of the season for the team, as it seemed nothing quite clicked on the daty. After respectable finishes of 9th for Jason and 15th for Rob in the first race, both drivers slipped down the pecking order throughout the day.

Collard went on to finish in 22nd and 23rd, while Plato came in at 9th and failed to finish the last race.

Despite no podium finishes, both drivers continued to rack up the points with consistent driving. Plato finished in 6th place in the first two races, before an unfortunate 17th position in the last.

Meanwhile, Collard finished 7th, 14th and in the final race missed out on a podium finish by less than 100th of a second as he came 4th in an emphatic race.

Collard picked up his second podium finish of the season in his home county of Hampshire in race three of the second visit to Thruxton after finishing second, after previously coming in 6th position on the first two races.

Plato had started the weekend in fine form after finishing 2nd in qualifying, Jason suffered the misfortune of being black flagged for inadvertently lining up over his grid box. After two tricky races, he managed to finish 5th in the last round of the day.

The annual trip to Scotland unfortunately didn’t bring any fortune to the team with a frustrating weekend. Collard’s car took some damage in the first race, meaning he was unable to finish.

The PMR team were excellent in repairing his Astra, before he battled on showing determination and spirit to come 17th in race two, followed by 16th in race 3. Plato meanwhile came 12th, 8th and 8th.

Plato claimed another podium finish at arguably the best track in the UK, Silverstone, as he continued to prove his doubters at the beginning of the season wrong after coming second in the opening race of the weekend.

On Saturday Plato came first in qualifying, before narrowly missing out on another two top three finishes coming 4th and 6th.

The final weekend of the 2019 BTCC season saw team PMR get their first win of the season as Jason extended his record for most wins in the competitions history to 98, with victory in the final race at Brands Hatch GP.

Both Plato and Collard found qualifying tough, but both bounced back on race day with sterling performances on a tough day. Jason finished 14th in the initial round then 7th and finally 1st, whilst Rob came 15th, 18th and 18th.